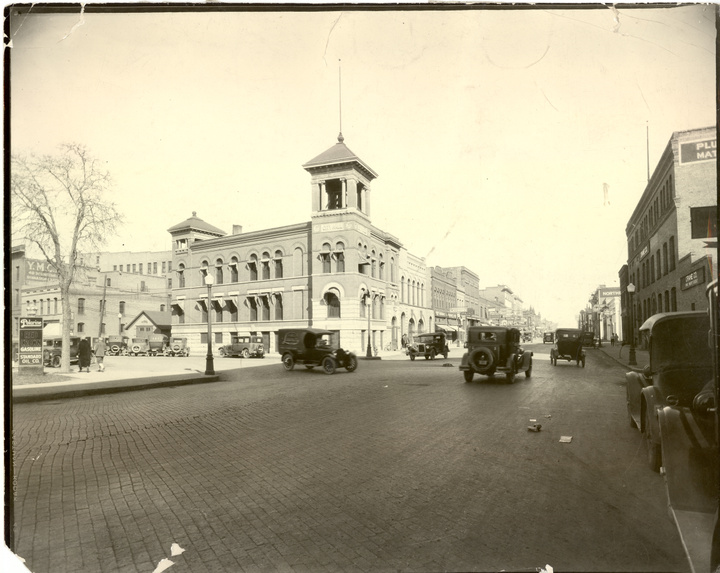 On January 5, 1875, Fargo was incorporated as a City. Shortly after that, John E. Haggart was elected Fargo Police Chief.

One of the first problems encountered by the police department was the lack of a "lock-up." A jail and a yard were rented for $15 per month from June 1875 until August 1876. In 1876, a simple wood plank jail was built on 1st Avenue South between 3rd and 4th Streets at a cost of $197. The City also purchased a ball and chain for prisoners at a cost of $8.

By 1881, the Police Department had grown to 10 members. The title "Town Marshall" was changed to "Chief of Police." The Chief had one Sergeant and eight Patrolmen on his staff. In the same year, John Haggart was elected Cass County Sheriff and George Holes became the Fargo Chief of Police.

The duties of police officers were much more than just keeping order. In 1881, the day-shift police were ordered to purchase a barrel of oil. They were required to keep the street lamps in good working condition and full of oil. The night-shift police had the job of lighting and extinguishing the lamps. In 1888, the Chief of Police was given the job of opening and closing the bridges on the Red River. He received a monthly bonus of $10 for this task.

In April 1882, the first uniforms were issued to Fargo Police Officers. At that time, the Police Chief earned $100 per month, the Sergeant made $80 per month, and the Patrolman made $75. In 1888, the department purchased two Colt revolvers.

In December 1898, the department was authorized to hire its first detective. Martin Flanigan was appointed to this position.

Fargo had traffic problems even in the late 1800's. "Scorching" was a term to describe driving a horse and buggy on the streets at more than eight miles per hour. Speeding bicycles also became a problem on city streets. In 1898, all officers were issued "Crimson Rim" bicycles to help combat traffic problems. 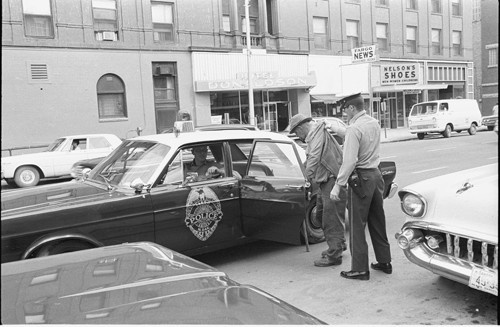 In 1910, a car was hired to enforce speed laws. Call boxes equipped with bells were installed in strategic locations so citizens could contact officers; these remained in use until the 1970's. In 1915, the department purchased squad cars for the officers.

By 1929, the department had grown to a total of 27 officers, including the chief, captain, desk sergeant, two drivers, two motorcycle men, two car markers, three detectives and fifteen uniformed officers.

The first radio system was installed in 1935. The system was very limited, only permitting one-way voice transmission from the police department to the car. There was no way to make sure the officers heard the message, so dispatchers were required to repeat the message three times. In 1947 and 1969, more modern two-way radio systems were installed.