By late evening Saturday, August 22, motorists can expect the following traffic control to be in place:

Access within the work zone will be restricted, but the contractor will ensure business and residential access is maintained via alternate routes and parking lots as much as possible.

Over the next few weeks, the contractor will continue working on finishing street lighting, traffic signals, pavement marking, permanent signing, and landscaping. Weather permitting, crews plans to remove all traffic control and fully open 7th Avenue North to traffic by the end of August.

Project work may overlap, and multiple phases may be under construction at the same time. Construction will be split into the following phases:

Phases 1A and 1B cannot be under construction at the same time but must be completed within the 110 days of starting Phase 1. The 2nd Street and 7th Avenue North intersection will remain open throughout the project with only minor work taking place in the southwest corner to install concrete in the boulevard.

The purpose of this project is to upgrade portions of the City’s infrastructure in this area including water main, sanitary sewer, storm sewer, pavement, curb and gutter, and traffic signals.

This stretch of roadway has aging pavement and underground utilities that have been subject to numerous unscheduled repairs through the years. The project will include up-sizing the water main on 7th Avenue North to 16" diameter pipe between 4th Street to Broadway. The up-sized pipe, in conjunction with various water tower upgrades, is a critical component in providing north Fargo with a reliable water supply.

Please slow down and watch for trucks entering and exiting the work area. 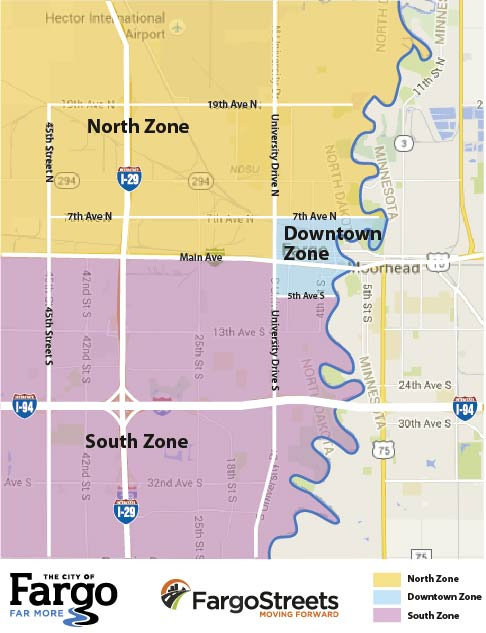