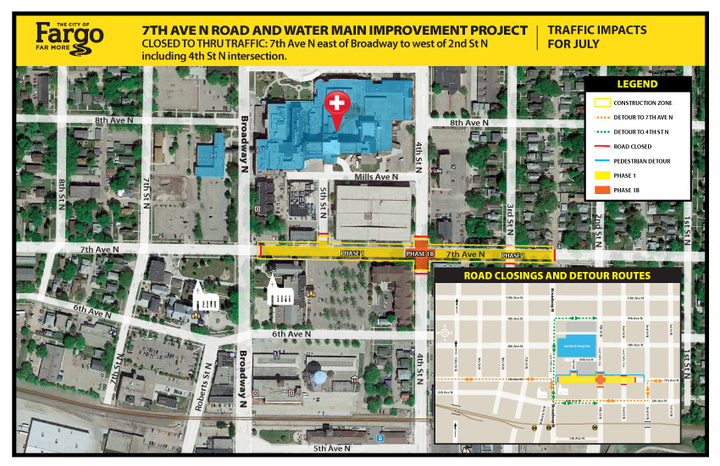 Motorists can expect the following traffic control to be in place:

An informational meeting was held Tuesday, February 25th, 2020, at 5:30 PM in the City Commission Room at City Hall, 225 4th Street North, Fargo. The meeting was recorded and can be viewed below. Additionally, the meeting video and a PDF of the presentation slides can be viewed via the Project Resources section located on the right side of this page. 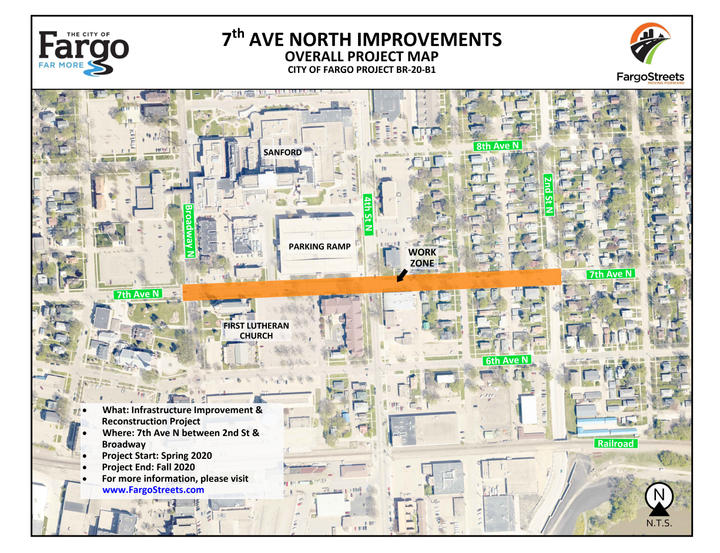 The project will be constructed in phases to minimize local impacts as much as possible. However, through traffic on 7th Avenue North between 2nd Street and Broadway will be closed for the duration of the project.

Project work will be split into the following phases:

Construction is expected to begin in early June 2020 with reopening scheduled in late September.

By the end of this weekend, contractors for the City of Fargo’s 7th Avenue North road and watermain improvement project will reopen the Broadway and 7th Avenue North intersection. … Read Update