The Fargo Police Department strives to stay on the cutting edge of realistic, current law enforcement training. We have a rigorous entry training program followed by continual in-service training requirements and opportunities for our officers. 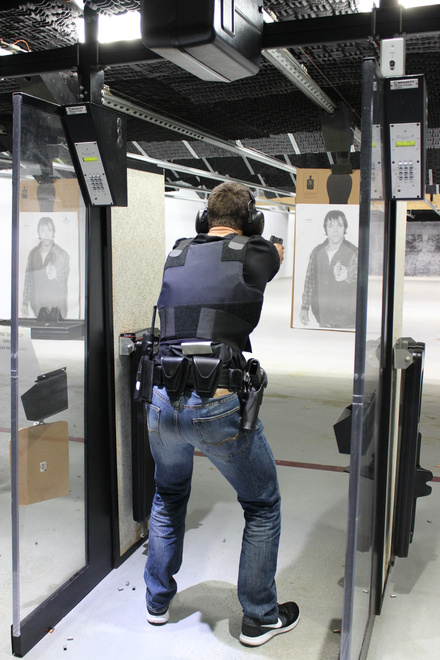 After being hired, officers with the Fargo Police Department go through the following training prior to being placed into a patrol position: 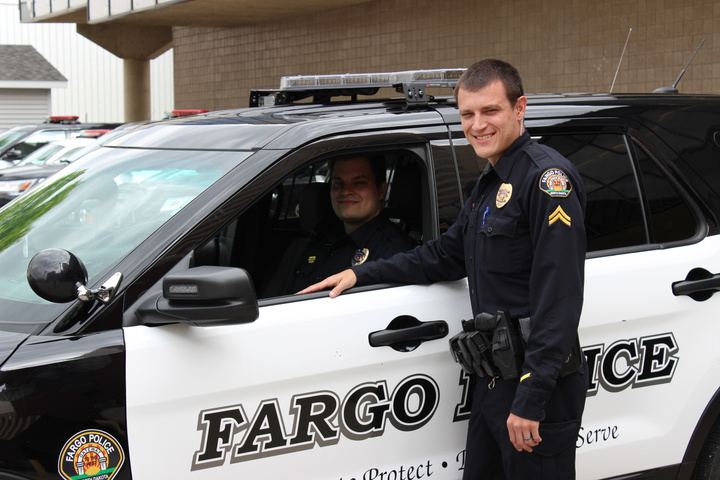 When a new recruit is hired by the Fargo Police Department, he or she must successfully complete the 17-week Police Training Officer (PTO) Program. While in the PTO program, the recruit rides with a PTO trainer who helps the recruit learn the procedures and policies of the Department. The PTO also helps the recruit officer apply knowledge obtained in the police academy.

The Fargo Police Department has used the PTO model since 2003. The program differs from the traditional FTO program in that it focuses less on evaluating the recruit officer and focuses more on developing the officer’s problem-solving skills through problem-based learning. In the process, the officer develops the ability to deal with most situations encountered on the job. Recruit officers discover and utilize resources within the community and the Department to help solve those problems. The PTO program also uses mistakes made by the recruit as a learning opportunity.

While in the PTO program, the recruit is required every day to self-evaluate his or her own performance. The recruit must also take an active role in learning by coming up with action plans to improve performance when needed. All recruits are expected to be able to apply what they have learned in the police academy and in the PTO program.

Halfway through the program, each recruit must successfully pass a one-week evaluation. During this evaluation, the recruit works with a PTO evaluator who assesses the officer’s performance. At the conclusion of the mid-term evaluation, a Board of Evaluators (BOE) reviews the recruit’s progress and makes a recommendation to the PTO administrators. The Board of Evaluators also ensures the PTO training team uses sound and appropriate training methods.

At the end of the PTO program, each recruit must pass a two-week final evaluation. The recruit again works with a PTO evaluator, and the BOE decides if the recruit has successfully completed the program. A recruit may have his or her training extended if necessary. The ultimate goal of the program is to teach recruits the complexities of being a Police Officer and equip them to successfully work without a trainer.

In the fall of 2015, the Fargo Police Department implemented a New Officer Mentoring program. This was designed to help new officers successfully integrate into our department by matching them with someone with a similar background and similar interests. The mentors completed a two day course on mentoring and when assigned to a new officer they help them navigate the first year of their career. Mentors are not trainers or evaluators; they are friends that help the officers understand the culture, help develop a plan so they can reach their goals, and share insight based on knowledge and experiences.

The Family Orientation program was also developed from the mentoring program. This program provides insight into being a spouse of an officer and also provides the officers' family with information about the benefits offered by the city to the families of our officers. The family will also meet the officers' mentor and they will give them a short tour of the department buildings and where some of the city offices are located.

An officer's training doesn't stop when he or she completes the police training program. Throughout their careers, officers are involved in numerous areas of in-service training. Officers train on a regular basis with their firearms and on defensive tactics. Officers qualify once a year with their service weapon and the carbine and practice their skills with these weapons throughout the year with training focused on low light, shooting on the move, cover and concealment and five spot fundamental shooting. Officers also train throughout the year on defensive tactics to maintain their proficiency and include some simulated training with the F.A.T.S. program.

Some in-service training is required annually, while other in-service training is designed to improve the officers' skills in different areas of expertise. Officers are eligible to put in for additional training such as instructor development, intoxilyzer administration, narcotics identification, crime scene investigation, gang training, interview, and interrogation skills, and any other training available to law enforcement in the region and throughout the country.

How and Why we train